The term “doctors without borders” has taken on a whole new meaning. Today there are many applications that are considered commonplace for telemedicine consults, such as medical clinics, doctor’s offices, hospitals, schools or a patient’s home. With all this recent attention on telemedicine being part of mainstream care, innovative doctors and healthcare organizations are leveraging telemedicine technologies to reach patients in some unexpected places. Here are just a few examples of surprising places doctors are using telemedicine to treat patients.

The sea is a dangerous place. Cut off from the rest of the world, sailors are restricted to just the supplies they have on board. In the event of an emergency – particularly a medical emergency – there is often little recourse until the crew returns to shore. Thankfully, telemedicine is changing this. Clinical telemedicine manufacturers are beginning to apply their hardware and software platforms to more offshore applications, and the move is poised to benefit seafarers the world over.

One such example can be seen helping boat racing crews all over the world. The British initiative known as Medical Support Offshore allows sailors at sea to receive medical consultations with onshore doctors thanks to telemedicine technology, filling a much-needed niche. Just ask Zbigniew “Gutek” Gutkowski, a Polish sailor who benefited from the accessibility and immediacy of telemedicine-enabled healthcare when he sliced his head open on a rotor at sea.

Of course, resources at sea are limited. Thankfully, telemedicine is modular and flexible enough to accommodate a wide range of technical capability. Minimum requirements for ships that wish to take advantage of the benefits telemedicine provides are a laptop computer and a Satcom system, paired with a few diagnostic devices so they can collect vital patient information. However, in its very basic form doctors have also provided consultations for patients based on still images sent via satellite uplink. 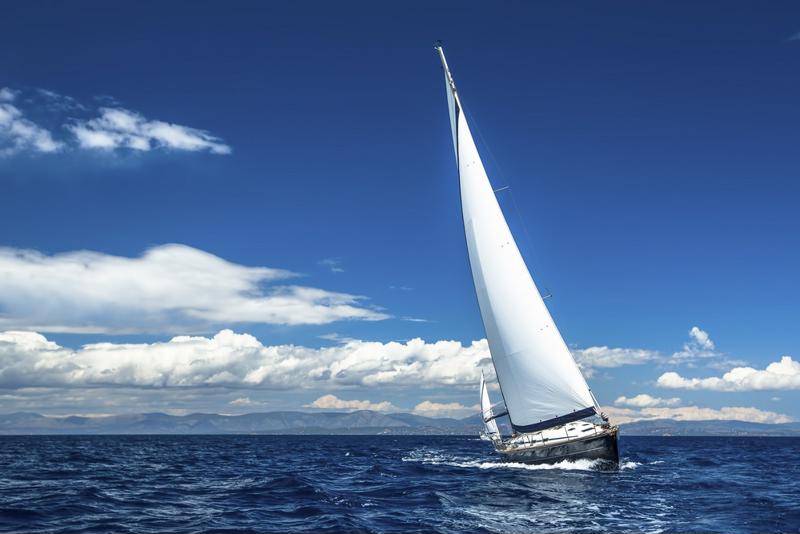 With telemedicine technology, sailors have access to healthcare even at sea.

The next time you need to go restock your pantry at your local supermarket, you may be able to squeeze in a doctor’s consultation at the same time. We often laud the concept of a “one stop shop,” and with telemedicine-trained clinicians now operating hand-in-hand with certain grocery stores, that takes on a new meaning.

Insurance company Kaiser Permanente is among the leaders in the is application. The company has opened telemedicine clinics in two California Wal-Mart locations. These clinics allow patients to consult with a doctor on a walk-in basis in a private room, assisted by high-resolution video conferencing. Best of all? The service is free for any Kaiser member or Wal-Mart employee.

In a similar move, MercyCare Community Physicians has launched its own telemedicine clinic inside a Hy-Vee grocery store in Cedar Rapids, Iowa. Patients can walk in and consult with a doctor, assisted by on-site nurses who can examine patients directly with telemedicine devices. All with the matter of convenience in mind.

“Now, the “boots on the ground” restriction to providing medical care has been lifted.”

NATO recently announced it is harnessing the power of telemedicine for international use by implementing a worldwide telemedicine program. In September 2015, the organization field tested the initiative in Kiev, Ukraine, and the goal of establishing a multinational telemedicine service is near.

The idea is to assist disaster response in areas all over the world. Whereas previously NATO and other relief organizations like the Red Cross have been limited to whatever on-site resources and staff are available in a given crisis zone, this new initiative would expand the treatment capacity tremendously.

The program will involve outfitting first responders with mobile medical kits that contain, among other things, software that is capable of linking via satellite to other medical professionals around the world. Now, the “boots on the ground” restriction to providing first-response medical care has been lifted, as more clinicians than ever are able to interact with crisis victims directly, offering diagnoses and treatment suggestions.

While NATO indicated that the multinational telemedicine program would have obvious military applications, the primary purpose is general disaster relief, especially in affected civilian populations.

In a recent NATO news announcement, Ambassador Sorin Ducaru, Assistant Secretary General of the NATO Emerging Security Challenges Division, commented on the importance of this initiative, saying, “The telemedicine project has high-level political backing and involves an incredible pool of scientists and experts. It aims to save lives in emergency situations as well as in military operations.”

For more inspiring telemedicine success stories and to talk with a telemedicine program design manager about implementing your own program, contact AMD Telemedicine today.